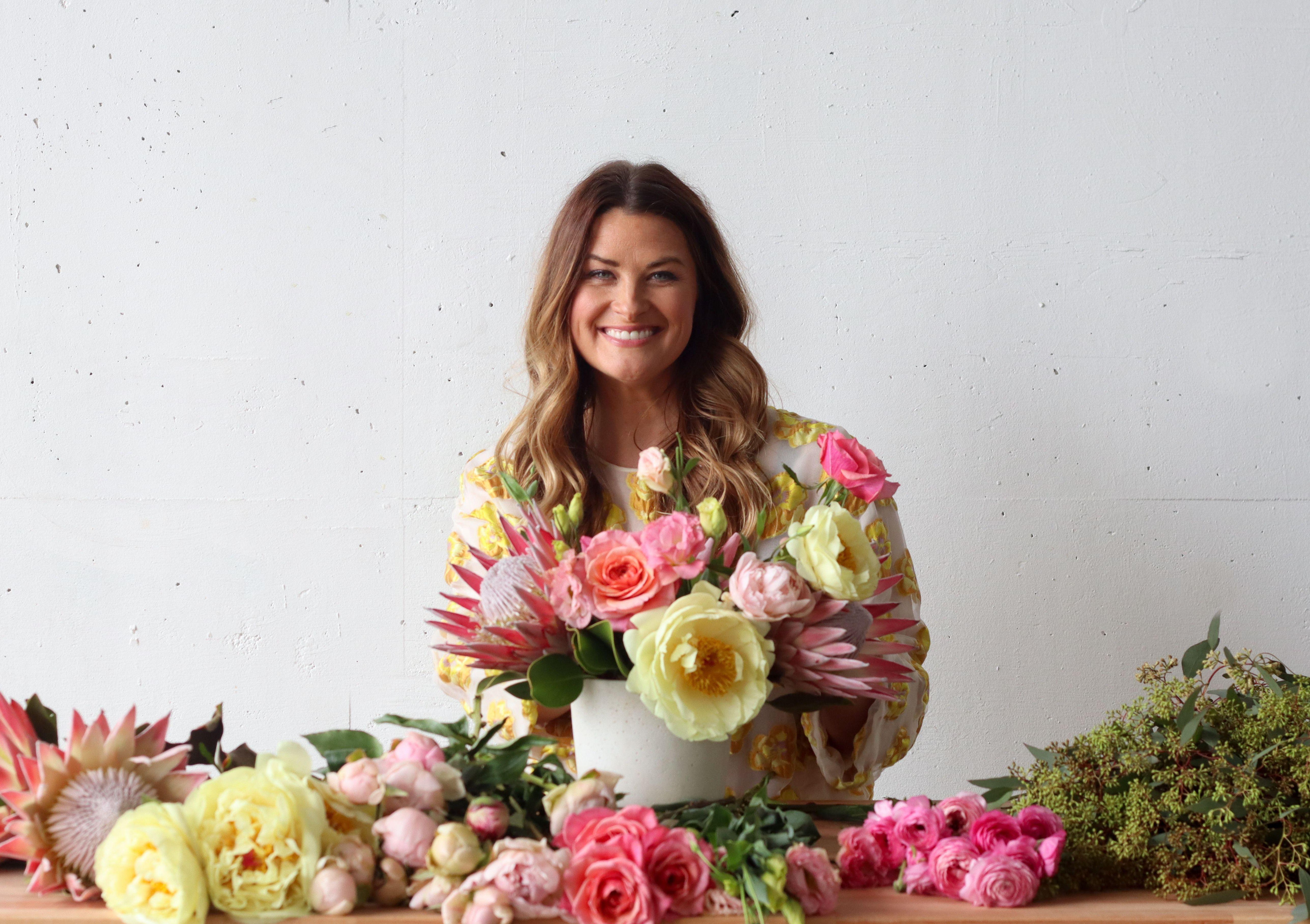 On a foggy day last March, as Covid-19 began its vicious spread across the United States, Christina Stembel found herself in a precarious position. Nearly 10 years after starting Farmgirl Flowers from her San Francisco apartment and growing it into a large-scale, national business against all odds, she was told to shut down operations by 11:59pm that night. With hundreds of thousands of dollars worth of flowers on their way to her facility and 197 employees hard at work, Stembel had 12 hours to figure out a way to close everything and still keep her company afloat.

But as hundreds of her competitors had to create all new business models or halt operations entirely, the Farmgirl Flowers founder already had a Plan B. Although the once-regional floral delivery service launched sourcing its stems exclusively from local farmers, she realized that this was not a sustainable approach once expanding to nationwide delivery. “I really drank the Kool-Aid in the beginning and heard so many people say how their agriculture business had suffered at the hands of the free-trade agreement with South America, so I really went all in on the local flowers,” Stembel explains. “But working in the agricultural space in North America as a female founder was extremely challenging because of gender, and there are many farms that to this day would not sell to me but sold to many of our male-owned competitors.” After exhausting all domestic options, she knew that she needed to start sourcing her flowers internationally and in January 2017, Farmgirl began working with farms in South America and informed customers of the change.

Two years later, in 2019, Stembel was on a buying trip in Ecuador when she discovered the deep need for work among the country’s people. Around the same time, the company was looking to hire 77 new employees in preparation for the busy holiday season and was struggling to find them in California. “I had the idea to open up a facility in Ecuador, which we launched January 5, 2020,” the founder says. “And if we had not launched that, I’m not sure we’d be around.” The expansion enabled Stembel to redirect all of Farmgirl’s orders to the new facility when the San Francisco headquarters were directed to close in two months later, resulting in a few days of minor delays instead of months of cancellations. “Really that pivot in January saved us in March,” she adds.

By Mother’s Day, the so-called Super Bowl of the flower world, Farmgirl was selling out and seeing 236 percent year-over-year growth—a number that likely would have been even higher if the company had had more supply—but Stembel was soon facing a whole other set of problems. “We were having huge transportation issues because with everyone ordering everything online and having it come to their door, transportation was up 80 percent,” she recalls. “Within one month of Mother’s Day, we had a $1.2 million loss from our shipping carriers because if they can’t fulfill shipping, we still have to pay for that, and we have to reship it because it’s highly perishable.” In the wake of these losses, Stembel decided it was time to open a Miami facility, and by the end of the summer, it was handling all of the company’s east coast operations.

Many of the changes Farmgirl made in 2020 had occurred to its founder a decade earlier, when she began pitching VC firms and trying to raise capital. After several years and 104 no’s, however, Stembel finally gave up on the idea of outside investment in 2019 and decided to bootstrap the business herself. “I just kept kicking it old school and reinvested the profits back into the company while growing as much as we could,” she says. But that meant that she didn’t have the financial capacity to enact the changes she knew would help Farmgirl succeed.

It wasn’t until the pandemic arrived and uprooted the industry overnight that she felt she had nothing to lose. “I always waited to do these things because we didn’t have the capital, but last year, I kind of thought, what’s the worst that could happen?,” Stembel explains. “I only gave us like a 10 percent chance of making it after Covid, so the risk just wasn’t there anymore, and I figured, we’re already so endangered right now. So, in a way, the pandemic kind of fast-tracked it because we continued to have such high demand and needed to figure something out.”

By the end of 2020, Farmgirl had hit over $60 million in revenue, up from $32 million the year before. “Every year, on January 1, I do a goal list for the year—both personally and professionally—and usually, I accomplish about 50 percent of them,” Stembel notes. One night in November, she took a look at her list for the year, which was made months before the pandemic began and long before its impact on the flower space took effect. “I realized that we’d hit all but one on the list, which just blows my mind, and we even surpassed a lot of them,” the founder says. “In spite of Covid and because of Covid, we’ve been able to get here, which is just amazing to me.”