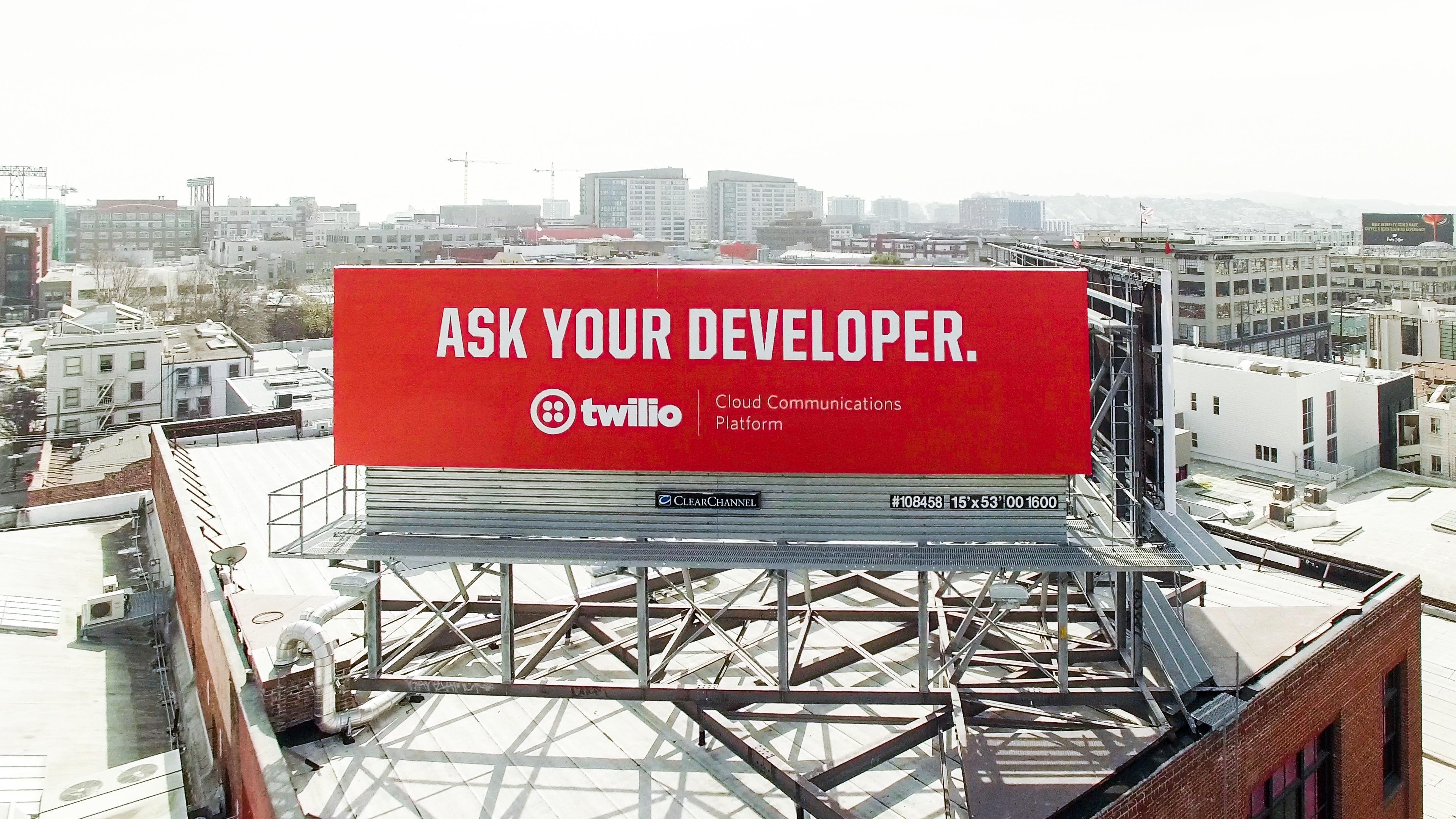 Twilio is one of the fastest-growing companies you’ve never heard of. And yet, it likely powers websites and apps that you use on any given day.

Today, CEO and co-founder Jeff Lawson oversees a company with 200,000 customers and millions of developers who access the company’s platform. But in 2015, Lawson and needed to reach executive decision makers who knew little to nothing about his company.

Lawson’s communication strategy to raise Twilio’s visibility was remarkably effective precisely because of its simplicity.

Lawson explained the strategy in an interview for his new book, Ask Your Developer.

Twilio had rented a billboard off a crowded highway where thousands of Silicon Valley movers-and-shakers drive by every day. The challenge? How to explain a complex company in as few words as possible.

Lawson engaged an advertising firm to come up with marketing copy. After months of research, the firm pitched their ideas. By trying to say too much, the ideas were boring…and still confusing.

Lawson and his team were still in a quandary. How could they describe software that hides under the covers of websites and mobile apps?

The answer? Don’t try to explain it; get someone else to do it.

During a brainstorm meeting, Lawson blurted out: “If you want to know what Twilio is, ask your developer.”

It stuck. The bright red billboard had three words in white letters:

According to Raskin the billboard was, “A brilliant illustration of how even stripped-down messaging can convey a powerful, moving story.”

Lawson told me that the billboard worked for several reasons.

First, it caught people’s attention. Why would a company take out a billboard with three words?

Second, it celebrated the developers that make Twilio successful. It reminded them that they were in the know.

Third, it piqued the curiosity of those who saw it. People like puzzles. The billboard’s intrigue sparked conversations between executives and developers.

An executive would drive by the billboard, get into work, and say:

“I saw this billboard on 101. It was for a company called Twilio. It said, ‘Ask your developer.’ Have you heard about it?”

“We use it all the time,” a developer might say. “Let me tell you about it.”

And with that, conversations would begin that encouraged executives to bring developers into the company’s strategic decision making.

The billboard was also tongue-in-cheek, acknowledging the fact that it was a technical company and not a household name.

When it went public, Forbes put Twilio on the cover, and described the company as “Wonky Twilio is the stealth power behind the biggest apps.”

Lawson reminds business professionals and software developers that “communication is a huge aspect of the job,” even for those in the most technical fields.

The skills we often consider ‘soft skills’ like writing and making presentations are actually a huge part of an engineer’s job, says Lawson. They are a key factor in how an engineer succeeds inside an organization.

Lawson, a proud software developer, leveraged his creative side to create a billboard lauded as one of the best ads in Silicon Valley at the time. Creativity and coding can often combine to make magic.