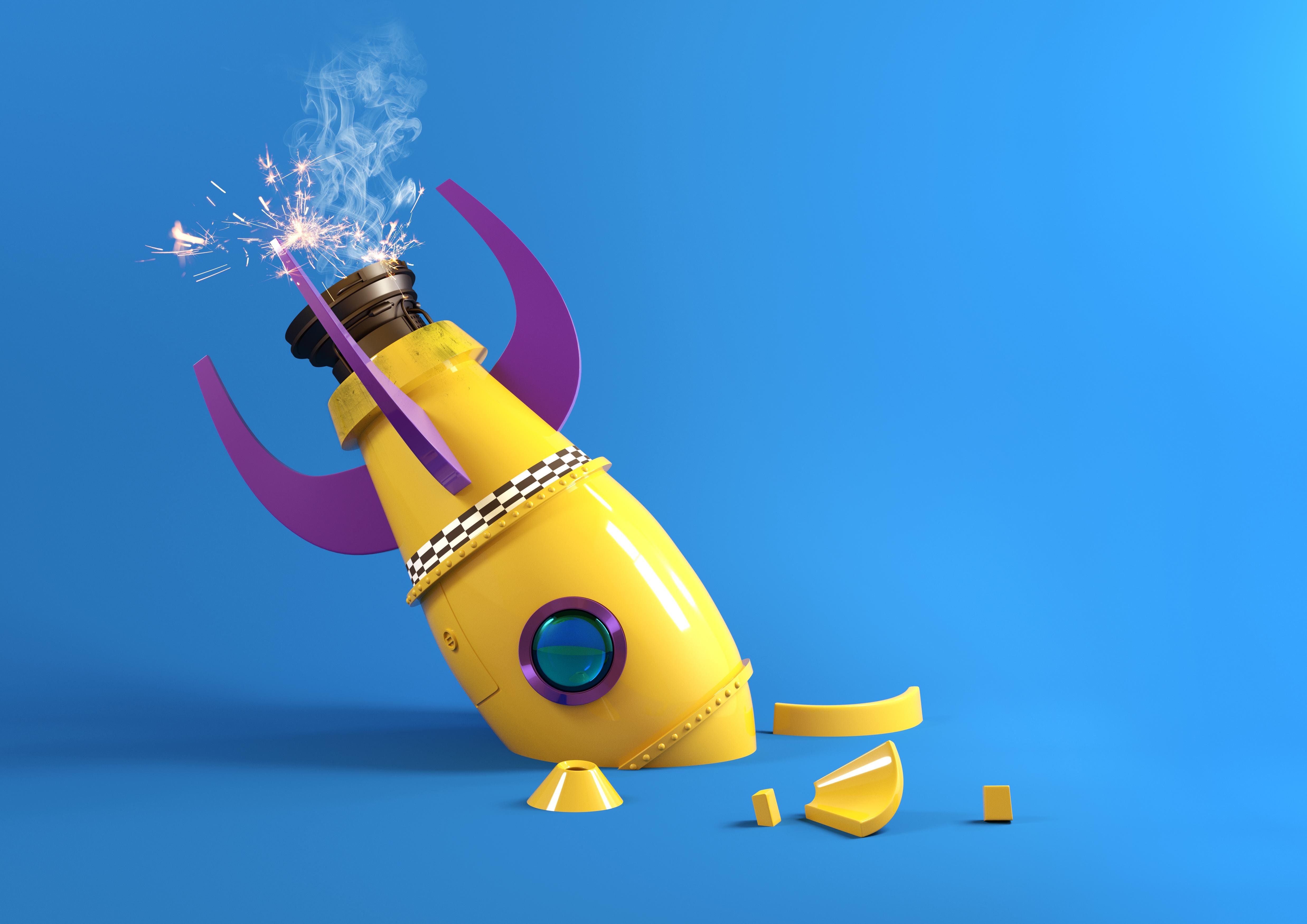 It took Quibi just six months to fail. Not quite the Hollywood ending the glitzy short-content streaming service had been dreaming of, but suitably short.

Announcing the closing down of the service, Whitman and Katzenberg offered an explanation: “Quibi is not succeeding. Likely for one of two reasons: because the idea itself wasn’t strong enough to justify a standalone streaming service or because of our timing.”

“Unfortunately, we will never know, but we suspect it’s been a combination of the two.”

They are wrong. Timing was not the issue here. Katzenberg has previously suggested that people staying at home due to COVID-19 opt for streaming on their TV rather than quick bites on their mobile. But US consumers also spent more time using mobile video apps during the pandemic. So the timing was actually right.

Let’s focus on what really went wrong and the strategic lessons other start-ups can draw from this.

Lesson #1: Don’t get stuck in the middle

Quibi had a classic stuck-in-the-middle problem. You get better premium content on Netflix or HBO and more addictive free content on TikTok.

Startups spend considerable time trying to find a new uncontested niche in the market. In entertainment iROKO built one around Nollywood movies. Cirque de Soleil is a classic off-line example. The danger is that a perceived niche market is only superficially different from what’s already on offer. If that’s the case, a company is not avoiding competition but is instead under attack from multiple angles.

That’s what happened in Quibi’s case. Offering a paid-for premium service automatically put them in competition with Netflix, HBO, Disney+ and Apple TV. The idea that the length of the episodes set them apart was always an illusion. Even more so, as the split-up of longer films into chapters sometimes felt arbitrary. Consumers might as well have pressed pause on a Netflix movie and returned later.

At the same time the rise of TikTok and the continuing growth of YouTube put pressure on Quibi from the opposite end of the market. Why pay for a service when you have access to wildly entertaining bite-sized entertainment for free?

For startups the lesson is clear: creating a new niche market is great but make sure it is really a distinct market.

Lesson #2: Don’t trust your experience (too much)

All three assumptions were wrong. As the success of ‘Tiger King’ showed, people are happy to spend considerable time on content they enjoy. Older executives might think that Jennifer Lopes, Idris Elba and Kiefer Sutherland will pull in young audiences, but they don’t. And marketing buys you initial attention but true momentum can only be built if you offer must-watch content—which was not the case.

Almost 10 years ago Eric Ries popularised the lean startup method. Instead of developing a detailed business model, its best to test your assumptions and ideas quickly and cheaply. You experiment until you find a product or service that truly entices your customers.

Quibi should have done this too but the founders’ experience was working against them. They had strong convictions how this industry works. That’s hardly a surprise for seasoned executives. Ideas that do not fit with these assumptions were easily discarded.

The second insight from Quibi’s failure is obvious: startups are well advised to take a trial-and-error approach rather than making strong experience driven assumptions early on.

Lesson #3: Be smart about building momentum

Scaling up is a crucial moment for every startup. Quibi had capital (a lot of it) and understood that content and marketing would determine whether it was able to build momentum. How they went about this, however, was wrong.

Quibi invested heavily in content. For the top tier of its short-form series it spent about $100,000 per minute, a total of $1.1b, in its first year. But the shows were simply not good enough. Some of them were okay but none were a real hit, drawing viewers. Most of the shows seemed to mimic the style of more prestigious ones on HBO.

The general impression was that top products were going elsewhere. On top of this, they were just leasing the productions, greatly reducing the long-term options to make money.

Quibi also invested heavily in marketing. A total of $400m according to research firm Apptopia. At the same time Quibi forced a social media black-out. Users were not allowed to share videos on social media. Initially not even screenshots. In contrast to other new streaming platforms they did not facilitate word-of-mouth when they needed it most.

Startups have to be particularly smart about building momentum as they can’t rely on existing distribution channels. That means that their product and marketing has to fit the market they target (that’s strategy 101 but sometimes the fundamentals are forgotten). In Quibi’s case this would have been investment in content development together with influencers that those most likely to subscribe care about.

The last lesson from Quibi’s fall: startups need to remember that they have to build momentum and can’t follow the capital intensive marketing approach an incumbent would take.

Startups should take Quibi’s failure as a learning opportunity

The beauty about failures such as Quibi is that they offer great lessons to others. The obsession with niche markets can easily draw companies into all-round competition, past experience creates the wrong impression to know what matters, and fast amounts of capital makes startups forget that they are not incumbents. So, no need to fall into these traps again.