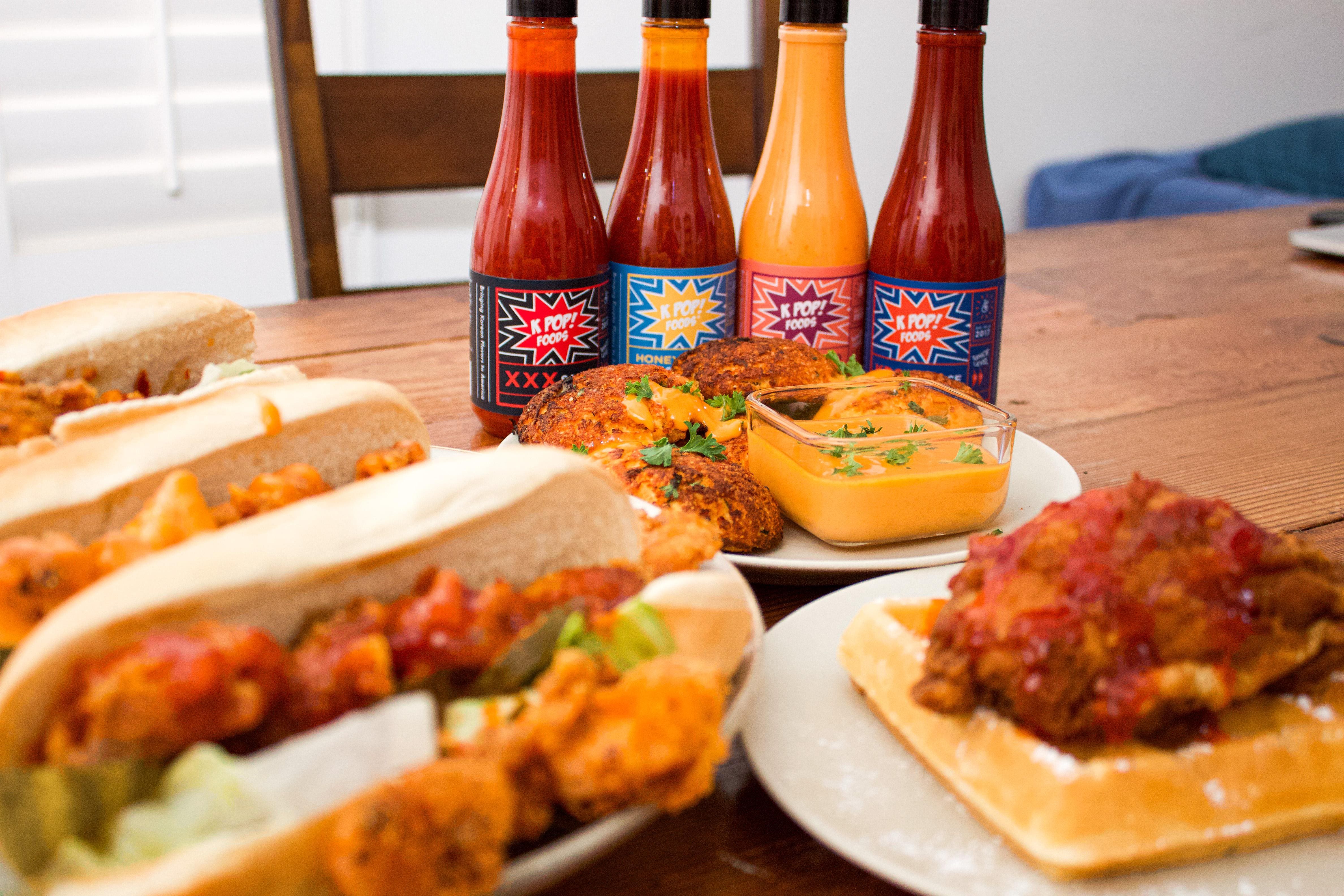 What a year it’s been for South Korea — culturally, at least. A Korean film, Parasite, won the Oscar for best picture (and spawned a hilarious Instagram parody page).

The beloved KPop group, BTS, had two number one hits on the Billboard charts with its peppy disco English song, Dynamite, and its newest tune, Life Goes On.

Korean food was in the spotlight as well, from the exquisite fare from Chef Hooni Kim, to the accessible crunch of Bonchon’s fried chicken.

Now, 2021 is shaping up to be a year when Korean flavors go even more mainstream. You’ll be seeing them in restaurants, beyond those specializing in Korean cuisine, as well as grocery shelves.

That couldn’t be better news for KPop Foods, whose signature sauces were launched via Kickstarter in April 2017 by two students at the UCLA Anderson School of Management, via Kickstarter.

“We thought there was an opportunity to launch a Korean brand that was more approachable,” says Theo Lee, one of the company’s co-founders, along with Mike Kim.

And despite the pandemic, its business is humming along. Lee estimates that revenue at the privately held company grew 20 percent in the third quarter, to about $270,000, and that the fourth quarter should come in at $320,000.

“That’s nice for us, because it gives us the opportunity to look at long-term projects,” Lee says.

KPop products, originally sold on Amazon AMZN , are now available in 500 grocery stores, including the Gelson’s chain on the west coast.

Its lineup forces on four sauces, plus seaweed snacks, known as gim. Three of its sauces are based on gochugang, the Korean chili paste, while the other sauce is a mayonnaise flavored with kimchi, the spicy cabbage condiment that’s served with Korean dishes.

Its seaweed snacks come in a sea salt flavor as well as one accented with kimchi.

Lee says Korean barbecue, where both the sauces and kimchi are served, has become “the gateway meal” that introduces many Westerners to Korean food. Friends would tell him that they loved eating the grilled meat, but didn’t know where to go from there.

Luckly, the variety of flavors in Korean cuisine stretches almost indefinitely, as Hooni Kim wrote in his well-received cookbook, My Korea, and Lee believes American consumers are ready to know more about Korean dishes.

“There’s a lot of curiosity about flavor profiles, whether it’s Indian, or Korean, or Japanese food,” Lee says.

One place he’s spotting trends is in grocery stores. Not that long ago, major supermarkets had little space for ethnic foods from outside the U.S., grouping them all together in “international aisles.”

But in recent times, American consumers have demanded more variety, and international condiments and snacks are being stocked in the regular sections of those stores, he says.

Lee says it won’t take long for Korean flavors to become standard beyond Korean restaurants. “As people start to think about flavor profiles and fusion, there are so many opportunities,” he says.

While Korean tacos and other dishes are a staple in L.A., Lee says the Midwest actually has been the strongest region for KPop. Its sauces have been particularly popular in Wisconsin, Michigan, Minnesota, as well as the Carolinas.

He’s toying with the idea of diversifying into sweeter flavors, such as red bean or honey butter. The ultimate goal for KPop Foods, he says, is to “become approachable to a non-Asian customer.”