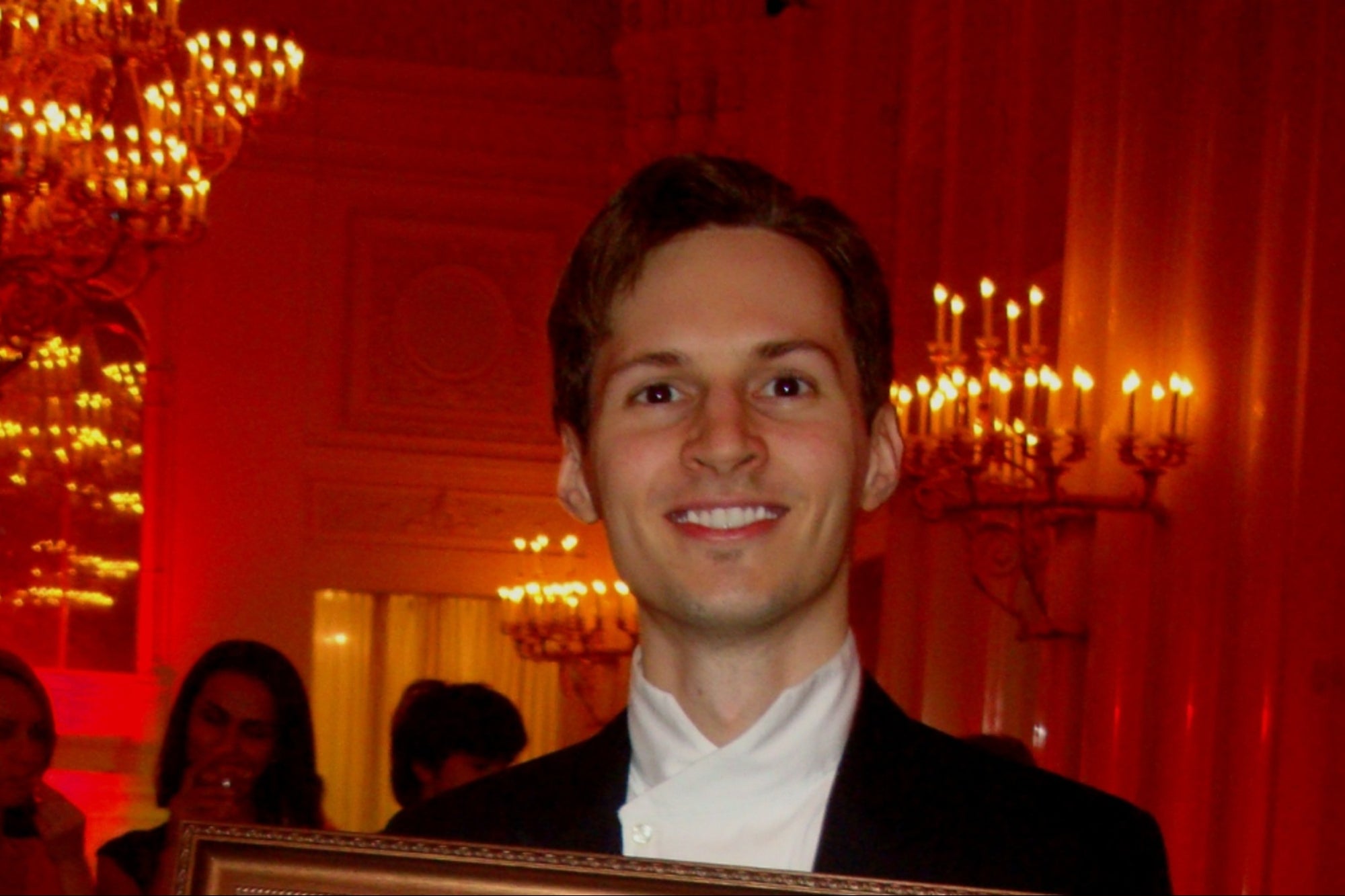 The young Russian entrepreneur Pàvel Dúrov compared the iPhone 12 Pro to the iPhone 5 alluding to its same aesthetic, but different dimension with an “ugly variety of cameras that protrude at three different heights.”

The new iPhone 12 Pro was harshly criticized and described as an “incredibly clumsy piece of ‘hardware’” by Russian businessman Pàvel Dúrov , founder of the Telegram messaging service on his blog .

According to Dúrov, this model of mobile device lacks originality and innovation, since it consists of wide bezels and a ‘notch tab’ that “creates a low ratio between body and screen and an overall outdated feel for the device”. 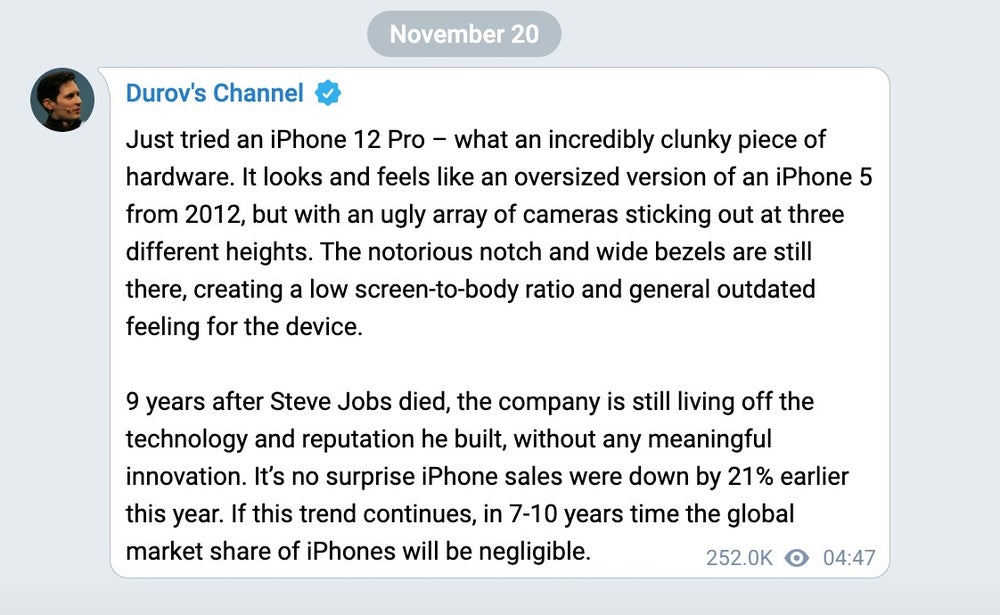 Nowadays, the trend for smartphone manufacturers is to design smartphones in such a way that the outer bezels occupy the least amount of front space on the device, creating a perspective of an ever-larger screen.

“It is not surprising that iPhone sales fell 21% earlier this year. If this trend continues in seven to ten years, the global market share of iPhones will be negligible, “he adds.

According to the German portal Statista, the last quarter of 2019 the iPhone was consolidated as the one that covered the highest percentage of sales in the industry, moving to third place by the beginning of 2020.

In his Telegram account, Dúrov expressed the following, “nine years after Steve Jobs’s death, the company continues to live off the technology and the reputation he built, without any significant innovation.”

So far, said message written on Durov’s Channel has more than 252 thousand views.

On other occasions Dúrov has complained about the products of this company. Among its criticisms, regarding Apple’s policy, are that its users spend more money, put their privacy at risk, receive delayed updates and developers receive less income from the company’s policies.